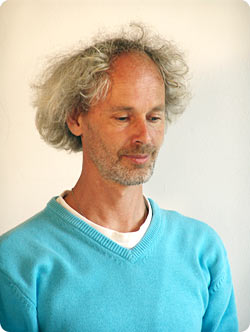 ”For our time it is much more important to gain a sense for meditation, than to achieve meditation.“

From »Yoga and Christianity« by Heinz Grill (Available in German only: ”Yoga und Christentum“)

The term meditation is used nowadays in a variety of ways. It is usually understood in relation to Eastern sources as mentally coming to peace and becoming inwardly empty. Heinz Grill describes meditation less as a path of contemplative searching in one’s own inner world, but much more as a spiritual sphere that lies beyond the everyday consciousness. Meditation thus has less the character of an exercise-practice, by means of which the spiritual seeker wishes to penetrate into a more “spiritual”, or higher consciousness. Much more, students notice the power of the thoughts and so the possibility of giving a contribution to world-creation through a thinking that is elevated to concentration. So Heinz Grill proposes holding inspired thoughts so long in elevated concentration in one’ s own innermost, until they can be received by the cosmos and so become a gift to life. Inspired content, which is intensely thought by people, is inscribed into the so-called “etheric sphere” of life as esoteric researchers report. From there they radiate into the future, enlivening and elevating the ethical, moral and spiritual life of humanity.By way of an example, a universal meditation-thought as given by Heinz Grill in a seminar was:

”May an integral, wise and pure consciousness of the spirit manifest in human hearts.“